This year our slogan is: “Water Tower Art Fest follows the White Rabbit” as a sign of our never-ending curiosity for whatever comes our way. “Alice in Wonderland” embraces the space, where everything is possible as long as you are able to imagine it. Alice wanders through various ideas of worlds, meeting talking animals, ﬂowers and people, who seem to irradiate onto their surroundings and modify them appropriate to their comfort. In Wonderland, it is not society which moulds imagination, but imagination, which moulds society.

This is the programme for Water Tower Art Fest 2013, feel free to download.
Design by Denitsa Toneva 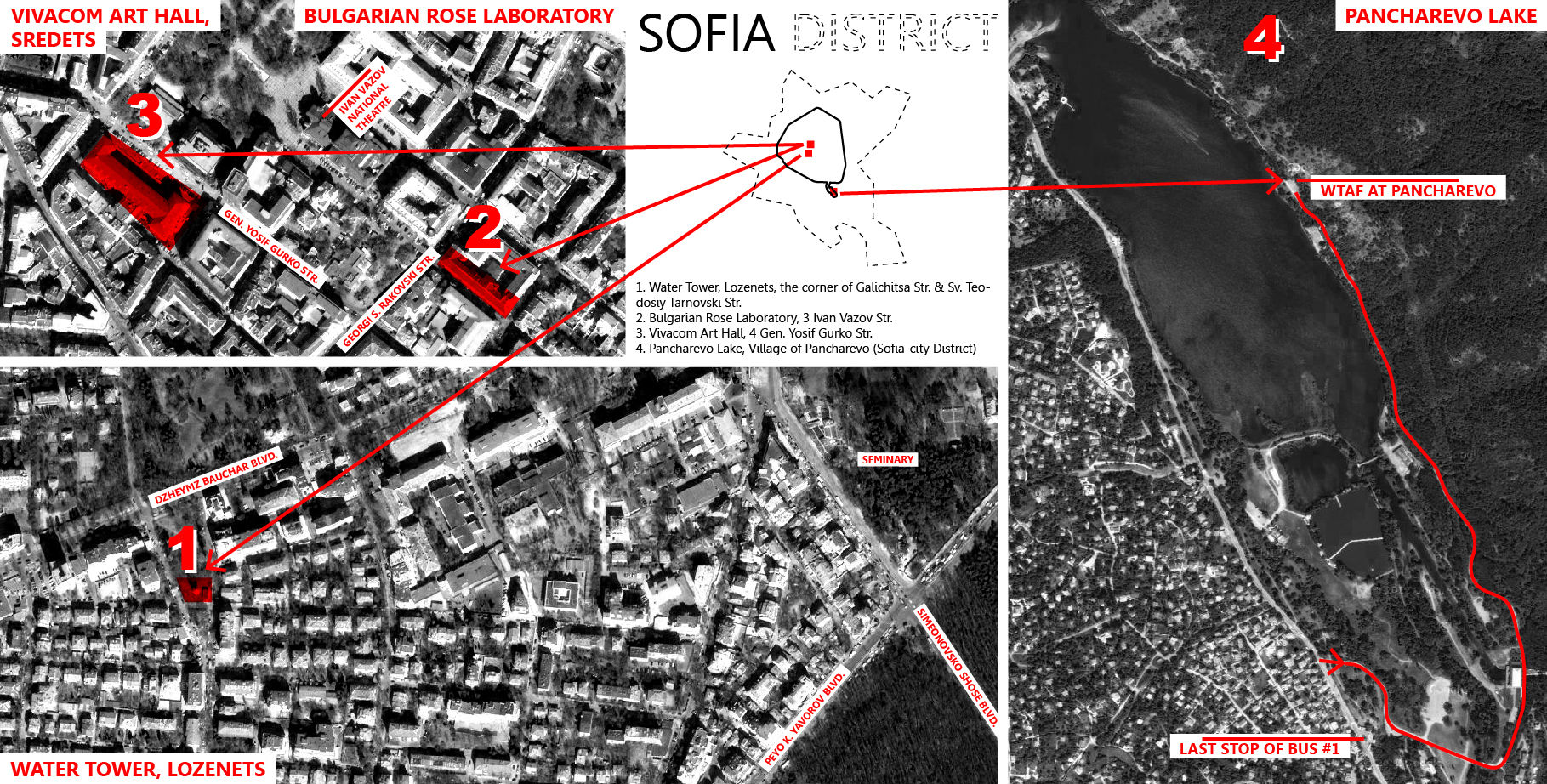 Address:
3 Ivan Vazov str., on the corner with Rakovski str.

Sofia is part of the UAMO city tour 2012/13. In 9 cities worldwide artists are presenting their works connected to the theme “PLAY TIME”.
UAMO is happy to connect with wtaf in sofia.
UAMO considers itself as a platform for artists of all kinds, and thus, since the first festival in 2004 up till now,
more than 300 artists from over 20 countries have presented their works.
The festival’s theme to which the artists can present their works varies each year.
Since 2011, apart from the annual art festival in Munich, the UAMO City Tour also takes place focusing on local artists of the respective cities.
All works shown on site can also be seen at the annual UAMO Art Festival.
Each city tour event will be transmitted through a live skype connection to a parallel event in Munich.
more info: www.uamo.info

Artists:
Jan Doms (Netherlands): Pancharevo Balloon Party – “BBQ” at the lake installation performance
Lusina Terziyan (Bulgaria): “Kitsch and Vulgarity – Nowadays Alice and What She is After…” installation and performance