Special thanks to: One Gallery, NCF, Sofia Municipality 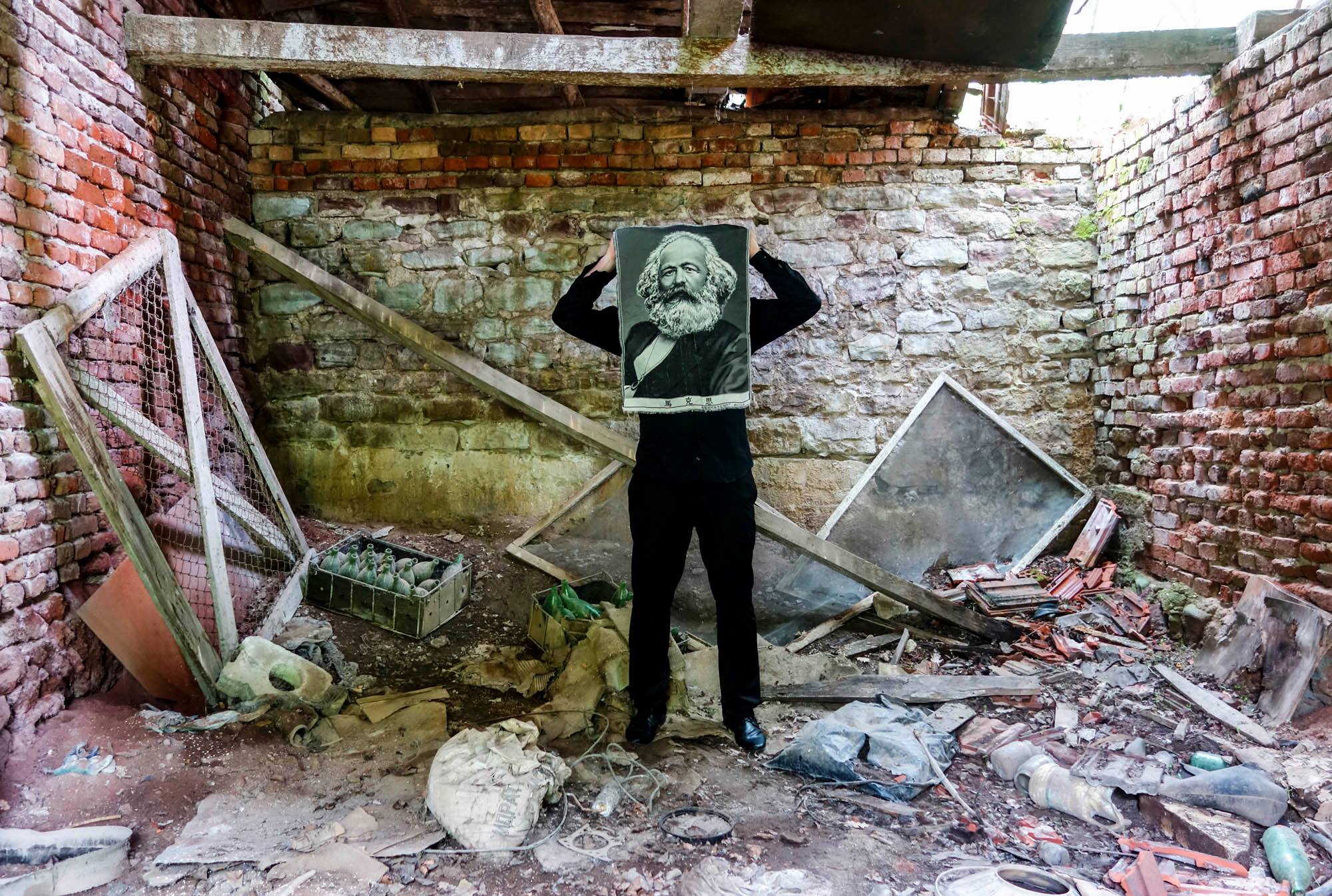 Deadline extended for application till 15th of June!

In its third year, Water Tower Artist Residency is seeking submissions from national and international artists and artist collectives.  This year, the residency will center on artists who use creative approaches towards communal engagement, aesthetics and social justice, alternative and gift economies, art and ecology, caregiving, contemporary philosophies of living and ‘liveness’, and questions of displacement and belonging.

Water Tower Artist Residency is a nonprofit organization committed to socially engaged, people-centered activities with a 10-year history of running the biggest festival of contemporary art in Sofia: Water Tower Art Fest. It has logically transformed into a residency program since 2017.

We are looking for artists and cultural producers to participate in a self-directed residency for multidisciplinary participants. In addition to artists, the residency offers a mentor program of acclaimed curators and art managers from US and Europe, in partnership with One Gallery Sofia, culminating with an exhibition and event at the end of residency period. The opportunity to have industry professionals as mentors on site will allow residency participants to fully test-drive and develop their ideas under personal guidance and consistent feedback throughout each step of the process, with scheduled one-to-one meetings, as well as peer review sessions. It is also an access to knowledge, expertise and good practice case studies, provided by leading names on the international arts scene: this year’s confirmed mentors are Sara Reisman, Executive and Artistic Director of the Shelley & Donald Rubin Foundation, artist Carron Little, and Rachel Raphaela Gugelberger, Curator & Director of NLE Curatorial Lab (NLE Lab) and co-founder of 1@111.

The purpose of this mentor residency in Sofia is to have some of the progressive, creative social strategies mediated into a local context. We envision this as an opportunity to bring creative ideas of mediating/translating global tendencies into a local context for art professionals and young artists, as well as a chance for them to forge wider connections.

Within the frame of the mentor program there will be a series of public presentations, along with performances on different issues such as: creative approaches towards communal engagement, aesthetics and social justice, alternative and gift economies, art and ecology, caregiving, contemporary philosophies of living and ‘liveness’, and questions of displacement and belonging. We will also organize workshops and lectures for both the general public and art students form the Art Academy Sofia and the artistic professional network in Bulgaria.

We plan to incorporate an abandoned building as part of the residency (tbc) in the same fashion the Water Tower Art Fest has. In this space, art will be introduced in areas of Sofia where little or no cultural activities are currently present. We believe that by introducing international artists work at underused spaces, who deal with contemporary art and issues to local citizens, there will be a social impact.  Provoking audiences to accept cultural and other diversities, fighting distrust, as well as directly having an impact on taking responsibility for their immediate surroundings, which in its own terms need be addressed, hence the prevailing sense of abandonment.

With exhibition opening on 2nd until 14th of September

Sara Reisman is Executive and Artistic Director of the Shelley & Donald Rubin Foundation which is focused on supporting art and social justice through grant making to New York City-based non-profit organizations, and organizing exhibitions and public programs at The 8th Floor, the foundation’s gallery. Recent exhibitions include In the Power of Your Care, Enacting Stillness, The Intersectional Self, The Schoolhouse and the Bus, featuring works by Pablo Helguera and Suzanne Lacy, and The Supper Club, a solo exhibition by Elia Alba. Recent publications include Mobilizing Pedagogy: Two Projects in the Americas by Pablo Helguera and Suzanne Lacy with Pilar Riaño-Alcalá, co-edited with Elyse Gonzales, published in December 2018 by Amherst College Press, and Elia Alba: The Supper Club, co-edited with George Bolster and Anjuli Nanda, published by Hirmer Verlag, April 2019. From 2008  to 2014, Reisman was the director of New York City’s Percent for Art program where she commissioned permanent artworks by artists including Xu Bing, Karyn Olivier, Ester Partegas, and Mary Mattingly, among others, for civic sites like libraries, public schools, courthouses, plazas, and parks. Reisman has worked in curatorial roles at the Queens Museum of Art (2008), the New Museum (2005-2006), and the Philadelphia ICA (2004-2005). Reisman was the 2011 critic-in-residence at Art Omi, and a 2013 Marica Vilcek Curatorial Fellow, awarded by the Foundation for a Civil Society. Reisman has taught at the University of Pennsylvania, Purchase College at the State University of New York, and, since 2016, at the School of Visual Arts’ Curatorial Practice Master’s Program.

Rachel Gugelberger is a curator at No Longer Empty (NLE), an NYC-based organization that curates site-responsive and community-centered exhibitions, education, and programs around social, cultural and civic issues. She also serves as Director of NLE Curatorial Lab, a professional development intensive for emerging curators that incorporates community engagement as a fundamental component in the formation of curatorial programs. NLE projects include the inaugural Southeast Queens Biennial (curated by the 2017 NLE Lab); Jameco Exchange, a site-responsive exhibition and socially engaged education platform in Jamaica, Queens (2016); Hold These Truths (2017) and Bring in the Reality (2015) at Nathan Cummings Foundation, exhibitions that presented works at the intersection of activism and storytelling.

Gugelberger is co-founder of 1@111, a series of process-oriented discussions that focus on a single work, curatorial premise or proposition. Independent curatorial projects have focused on the intersection of information, data and art, including: Once Upon a Time There was the End, Center for Book Arts, New York, NY; Data Deluge, Ballroom Marfa, TX; and Library Science, Artspace, New Haven, CT. She has served as co-director of Sara Meltzer Gallery and curator at Exit Art in New York, where she curated the organization’s final exhibitions Every Exit Is an Entrance: 30 Years of Exit Art and Collective/Performative (co-curator). Gugelberger received an MA in Curatorial Studies in Contemporary Art and Culture from Center for Curatorial Studies at Bard College, NY.

Carron Little was born in Durham, North Carolina and grew up in the U.K. and lives in Chicago, USA. Carron graduated with a BA, First Class Honors from Goldsmiths College, U.K. in 1996 and received her MFA in Digital Video and Textiles from the School of the Art Institute of Chicago in 1999 where she has been teaching in the Performance Department since 2014. Little has exhibited, performed and screened films of her work and Out of Site’s public performances locally and internationally. Little was nominated for the Shapiro Research Fellowship in 2016 from the Shapiro Research Center at SAIC to develop critical analysis of Out of Site public performances. Little was a contributor to Sharon Louden’s publication Artist as Cultural Producer published by Intellect Press and The University of Chicago in 2017. She is currently working on the public engagement project Spare Rib Revisited for Lucerne, Switzerland 2016 and Liverpool, U.K. 2017. This project has been supported by Chicago Sister Cities International and the Swiss Benevolent Society of Chicago. Most recently she has given lectures on her practice at University of Chicago, Ohio University and Burren College of Art, Ireland. She was invited to perform at Sarajevo’s Winter Festival, Bosnia, Burren College of Art, Ireland, Hatch Art, Detroit, The Florence Institute, Liverpool U.K., Foward16 public performance festival, Lenzburg, Switzerland and Loge Theater, Lucerne, Switzerland and the Performing Arts Festival in Berlin.

Her suggested workshop is under the theme of “Ecologies of Care”

As an artist and curator Carron’s work focuses on ecologies of care thinking about how we can create support structures for a diversity of artists to create and produce their work. As an artist, she is focused on gifts that are transformational for each participant. Lewis Hyde talks about gifts that can revive the soul. In producing interactive performances that focus on the exchange of a gift be it a poem, a sculpture, an action Carron seeks to provide a moving moment for the diverse public. In Sofia, she will work with participants thinking about the ecologies of care utilizing the principles of speech, action and play as defined by the German philosopher, Hannah Arendt. In adopting these models for self-care and collective care the workshops will investigate exercises of embodiment,attentive listening and vocal movement techniques as tools for empowerment. Participants will work collaboratively to create interactive public performances thinking about ecologies of care when working in public space.

Please send via email no later than 25 May 2019, 18:00pm to this email: watertowerartfest@gmail.com  (if you are sending big file transfer please use wetransfer) the following:

•          A resume of proposed project or letter of intent for participating at the residency; it can be only an outline of possible activity and /or reason for applying, performance outline, installation or action. Please mention possible media usage or technical details and /or scale of proposed project, add visualization including photos or sketches, if possible.

*All artists are responsible for their transportation. A staff member will pick you up from airport.

Selection results will be announced by end of May 2019!

Fee after selection to be paid directly to bank account of NGO IME: 250 EURO

What we offer: arranged accommodation in center for all participating artists, meeting at airport upon arrival, unrestricted visits to venues, mentor one to one meetings, public presentation of work and advertisement in site and printed materials, and visits to local artists’ studios, technical support for exhibition/performance, arranged interviews at national media such as National Bulgarian Radio and/or TV

Helping our future artist at residency to come to Sofia, we will be able to provide you with invitation letter, once you write to us with proposal, in order to apply to this open call for mobility with deadline 15th of May: https://www.i-portunus.eu/
For which, we encourage you to send us intentions of participation before that deadline! https://www.i-portunus.eu/wp-fuut/wp-content/uploads/2019/04/i-Portunes-CALLforAPPLICATIONS.pdf